Use this Sound intensity calculator to convert intensity to decibels by entering the values input box.

What are sound and sound waves?

Anything we hear from our ears is called sound. Sound is transferred in the form of waves. These waves are known as sound waves.

Sound waves need a medium to propagate, that’s why they are called longitudinal waves. Another name for sound waves is acoustic waves. 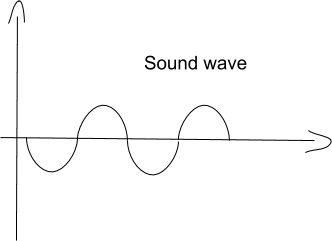 The power or force with which a sound wave carries energy while propagating through a specified area is called sound intensity.

Different voices have different sound intensities. For example; the sound produced by a bird is less intensive than one produced by a car.

It is represented by I. Its unit is watt per meter square. Which is derived from the formula

Where P stands for power and A for the area. The relationship between sound intensity and its amplitude is;

Sound intensity at a distance:

When someone standing close to us says something we hear it clearly. But if the same person with the same frequency is talking to you from a distance, you will have trouble understanding.

It proves that sound intensity changes with distance. It is because sound waves are interrupted more when they have to travel more.

How is sound intensity calculated manually?

It is a unit that measures the sound intensity along a logarithmic scale. It is much more common and accurate. It is used in different fields of physics like electronics, communication, e.t.c.

Sound below 75 decibels is commonly considered safe and if you are exposed to above 75 decibels for a long period, it can damage your hearing.

The following table has examples of sound with their decibel intensity.

The most common sound intensity finder is the SPL meter. Its calibration is often decibels.

How to use Sound Intensity Calculator?

The sound intensity calculator is used to find the intensity of sound. It is also known as the decibels calculator as it can also convert DB to intensity. Sound

Intensity is defined as the sound power Pac per unit area A.