Type or paste the decimal numbers in the decimals calculator to perform various arithmetic operations.

The decimal calculator with steps performs the basic mathematical operations on the numbers, specifically decimal numbers.

The formula and step-by-step calculation display allow the user to understand how the answer was computed, proving it to be a trustable tool.

From basic functions like adding, multiplying to a little complex operation like the logarithm of decimal numbers, this calculator can do it all.

How to use this tool?

The easy and understandable interface makes it convenient to use. You will have to:

What are decimal numbers?

The decimal numbers are a mix of fractions and whole numbers. The whole number part is separated from the fraction by the decimal point.

An example of a decimal number is 98.9. The 98 on the left side is the whole number. Then comes the decimal point and at the end is the 9 for the fraction which actually means 9/10.

For arithmetic operations like dividing or subtracting, try the calculator above. You will not only get the result but also the steps which can be of great help to users who want to learn more about decimal numbers.

Stay tuned to learn through examples.

How to add or subtract decimal numbers?

Step 1: Write the numbers above each other.

An example of subtraction using the same numbers.

After writing the numbers, start subtracting. Take one carry from the left to the right. The 1 on the right will become 11.

How to divide or multiply the decimal numbers?

The multiplication or division techniques of decimals are a little different from the whole numbers. In multiplying, the only difference comes in placing the decimal point.

For clarity, see the example ahead.

Step 2: Count the digits after decimal points in both numbers collectively and place the decimal point after counting the same amount of digits from the right.

There are 2 digits so the point will be placed after 2 digits from the right like 477.83.

If we want to change the divisor, the same changes will be applied to the dividend.

Multiply both values with 10. 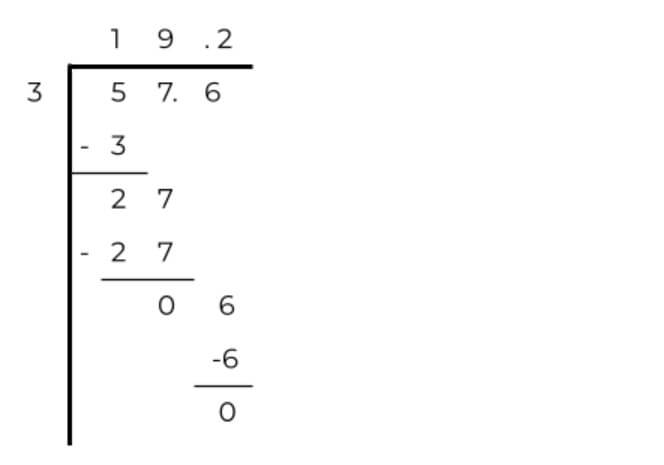 These were the basic four operations. Hope this helps.